Are you willing to to let the ship speak to you?

How might a ship speak to you? Admittedly, the whole idea sounds a little Zen. Ships make a lot of noises and some of them can be ill-timed or even a little disconcerting. The horn sounds just as we’re drifting off for a nap up on deck. The speaker blares the voice of an enthusiastic Cruise Director with an announcement you could’ve done without. The swaying of the ship wakes you up with creaks and groans as the captain navigates an early morning entry into port.

But a ship speaking to us? That’s not something we might readily think of. Perhaps on a next cruise, more of us could let the ship speak.

Our last sailing before the pandemic gripped the traveling world was in October of 2019. My wife and I took a cruise of convenience on board the Carnival Sunrise out of Norfolk. The port is within easy driving distance for us. This was a six-night sailing to the Bahamas. No one could have known that it would be our last before a long wait without the option of cruising for a while.

We’re used to sailing pretty often. Overall, we’ve gone on twenty-five cruises. This means that often we’ll sail twice a year. I dare say we’d begun to take cruising for granted, though this particular trip did take us to two ports that somehow we hadn’t visited before.

On embarkation day, we had every reason to depart with bad attitudes. But, we’re just not those people. The combination of a surprise Coast Guard inspection, along with a nasty rain shower, left us standing outside the terminal with our carry-on luggage for hours. We were soaked by the time we finally got on board.

Normally, we’ll get on a ship early and explore. We like to get the layout of the ship down. We want to see what the ship looks like, feels like and where our dining room table is. Instead, this time our boarding took hours and then Muster still lay ahead. Now, departure was about three hours late. Rather than a nice, late afternoon sail out view from an aft balcony, we left in the rainy darkness.

We decided to stay put and regroup in our cabin by unpacking and enjoying a pizza and beverages through the convenience of the Carnival Hub app. Little did I realize, the ship was already speaking to us. The pure joy of being on board was flipping the script. That would not be the last time we would use the convenience of an app that before, we had mostly ignored.

It was also the moment where we realized how much we liked the feel of our newly renovated cabin as a place to relax. When the time for the Welcome Aboard show arrived, we were already getting over the afternoon’s misfortune. Though we had an aft balcony, sporadic rainy and cool weather limited our use of it that week. But, we were more than happy with our room as a place to hang out.

During a recent drydock makeover, some cabin additions now meant that the Sunrise’s main theatre was quite small. Though the result was quite a nice renovation overall, they had eliminated one entire deck of the theatre space and added a handful more cabins down below instead. What normally encompassed about three decks for seating and a grand stage now had been shrunk to two. We are “those” people who are going to the theatre every night on a cruise for whatever show or act they offer. That’s what we structure our nights around. Instead, frankly the new theatre looked a bit like a high school auditorium and we discovered that the acoustics and sound system weren’t all that great.

The next morning, though, we went to a live broadcast of the CD’s morning show there in the same theatre. That’s when we listened to the ship again. Though we weren’t probably going to be there every night for a show, we never missed the morning cruise director programs they did. That was a new experience for us, and one we enjoyed tremendously. The ship was revealing to us that what was usually a nighttime place for us would do just great in the mornings, instead.

Early in the cruise, we did something unusual for us. There were two seats that happened to be open as we stopped by the Alchemy bar. We are one-bar-drink-a-day people. That didn’t really change on this cruise. What did shift, though, was that the Alchemy and the Skybox sports bars became sources of entertainment and relaxation. We’ll normally just stop off to grab a drink and keep moving on to whatever we’re doing next.

What Yulia, a bartender from Belarus, was doing there at the Alchemy turned out to be pure magic. This pleasant young woman chatted freely with us while at times mixing as many as eight drinks at once. She was the show. We learned about measuring and mixing tools, barware and more as she visited with us. We talked about life in eastern Europe, a place we have visited more than once. Genuinely, she said as we finally departed, “Hey…come back and visit with me again please.” We did just that two more times before the week’s end.

One night, the baseball World Series was beginning and Elizabeth said to me, “Hey… maybe we could watch the game at the Skybox rather than go to a show!” She went on ahead while I stopped off at Guest Services to take care of something. As only she has the luck to do, by the time I arrived she had found us our own private corner, complete with a large-screen tv and leather chairs. People would stop in to visit and stand around for a laugh while we all watched the game together. Strangers became new friends. It was a great night that the ship provided just by having some fantastic spaces to discover.

Speaking of fantastic spaces, trivia games are something we’d done only once or twice before on cruises. They’re usually up against something else on the schedule we’d rather do. But we had read that this little ship actually had the largest Red Frog Pub of any in the Carnival fleet. The entertainment staff had curated a fun lineup of trivia games there, so one afternoon we stopped by. We enjoyed the atmosphere and the game so much, we returned a couple times more during the week. One sea day, we just did that for about four or five hours straight. General trivia, Beatles trivia, the Golden Girls and Gilligan’s Island…it didn’t matter.

Lunchtime came and that’s where the Carnival Hub app scored again. Since they can GPS track you to any location on the ship, we simply ordered a pizza and let the delivery person find us right there in the Red Frog. The hospitality of the app, the great work by the entertainment staff and the grand space all told us we had found our new favorite past-time at least for that sailing.

There was a friend from home on board the same week. We knew she was there somewhere, but as the math would have it we went a few days and never saw her. On the third full day, we finally ran into her. The Atrium gave us a great place to pull aside and catch up. We swapped stories about what we all had done, and what we were finding so far on board this newly drydocked ship. We shared another night in the comedy club, visiting and laughing together. To this day, she will still mention what a great place the ship was to meet up and enjoy the time.

Another day, we decided to give Guy’s Pig and Anchor BBQ a try. To that point, we hadn’t yet sailed a ship with that option. Being children of the deep South, we’re skeptical of barbecue if we can’t see some fire, smoke and a grungy pitmaster. To our pleasant surprise, the taste and experience was authentic enough that it didn’t seem possible on a cruise ship.

There was a drawing Elizabeth won for a free dinner one night in Fahrenheit 555. The staff and setting were first-class. A relaxing morning up at the Serenity Deck on a sea day was also restorative and quiet. There were so many perfect blocks of time for two people who just love the cruising experience. By now, you may have noticed that I haven’t mentioned anything we did while in port. We had a fabulous time at each stop.

But this is a story of how a smallish, older and lesser-known ship took a bad start and delivered instead a wonderful overall experience. All by speaking into our cruise about its strengths and gifts, rather than about its shortcomings. The only thing we did was to listen and play along.  On balance, if we had to have a “last” cruise before the industry suspended its operations due to the virus, this one turned out to be a great one. It reminded a pair of seasoned cruisers that there are still surprises to be found if we’ll just pay attention and listen to the ship.

Download our shore day bag checklist, and more cruise packing and planning checklists & videos by joining the CruiseTipsTV Academy. We have a special discount code for our readers on this Intro to Cruising Master Class.

To redeem the $5.00 discount on our master class enter code ALLABOARD here, and, welcome to the Academy!

Contact Our travel agency partner, Montebello Dream Vacations: Let Wendy know you were referred by CruiseTipsTV when you call. Wendy will match you with the best agent for your needs, and an agent will give you a call back! Phone number is on the website. 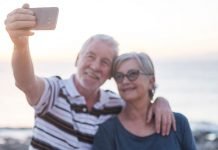 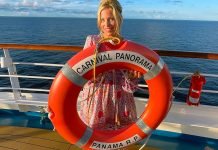 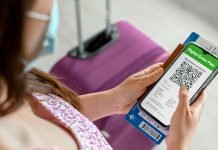 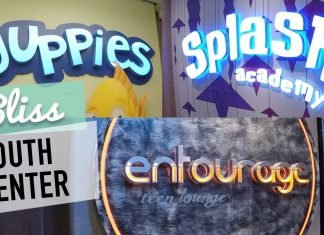 Our Must Pack Cruise Essentials

Give With Us – Blankets For St. Thomas