In this episode we return to our series “What’s the latest?” where we share what’s on the horizon for your favorite cruise line. We’ll continue the series with Norwegian Cruise line.

Florida Gov. Ron DeSantis is not worried over the impact Norwegian Cruise Line could have if the company leaves Florida over his vaccine orders. The governor made the remarks this morning in Ormond Beach at a bill signing

Last week Norwegian Cruise Line, one of the companies that operates voyages out of Port Canaveral, was thinking about leaving Florida after Gov. Ron DeSantis signed an order that stops businesses from requiring proof that someone got the COVID-19 vaccine.

In Ormond Beach, WESH 2 News asked him about it how he feels if cruise lines leave.

“Norwegian’s not one of the big ones, by the way. Cruise lines have been operating in other parts of the world where there’s no access to vaccine,” DeSantis said. “These cruise lines are ready to go: Royal Caribbean, Carnival

Recently, Norwegian Cruise Line adopted a similar policy, allowing guests to explore ports on their own after initially requiring them to book through the cruise line. When Norwegian resumes sailing this summer, all guests will have to be fully vaccinated before boarding.

CRUISES OUTSIDE THE UNITED STATES:

Norwegian Cruise Line (NCL) announced its return to service with three new Summer 2021 itineraries that will depart from ports outside the U.S.

Passengers on Norwegian Jade will visit Olympia, and the islands of Crete, Rhodes, Mykonos, Corfu, and Santorini.

“We have been working diligently towards our resumption of operations, focusing on the guest experience with health and safety at the forefront,” said NCL President and Chief Executive Officer Harry Sommer in a press release.

Some of the health and safety measures being implemented may woo cruisers who feel reluctant to return to the seas after ocean cruising was suspended more than a year ago.

Consistent with the line’s SailSafe™ commitment and the recommendations of the Healthy Sail Panel, these are among the new measures to be implemented:

Norwegian Cruise Line’s next ship, the first of six has officially been named. It will be known as Norwegian Prima, and be quite different from the rest of the fleet. It is expected to debut in the summer of 2022, with a new member of the Prima class being introduced each year through 2027.

First announced back in 2017 as Project Leonardo, Norwegian made no secret of the fact that it was downsizing this new class of ships when compared to the Breakaway and Breakaway-Plus class. As Norwegian Cruise Line Holdings CEO Frank Del Rio explained at the time, “Not all destinations in the world can handle 4,000-5,000 passenger ships effectively.”

So while recent ships to join the Norwegian fleet held nearly 4,000 passengers (with an additional 1,500 crew members), Prima will carry a downsized 3,215 guests (at double-occupancy) and just under 1,400 crew members.

While Norwegian typically sends a ship to a specific port for her inaugural season, that will not be the case with Prima. Instead, while the ship will eventually be homeported in Port Canaveral as of December of 2022, she will first do sailings from a wide variety of ports including New York City, Galveston, Miami, and the United Kingdom.

Following a string of inaugural cruises and beginning August 2022, Norwegian Prima will be the newest ship embarking in northern Europe.

From August 17 to September 13, 2022, the ship will sail a series of eight-night voyages from Amsterdam, the Netherlands, and Copenhagen, Denmark, offering passengers the opportunity to explore northern Europe, the Norwegian Fjords, and the Baltic region.

Fall/Winter 2022: Bermuda and the Caribbean

On September 23, Prima will depart Southampton, England on a 12-night transatlantic voyage visiting Lerwick, Scotland with an overnight in Reykjavik, Iceland before arriving in Halifax, Nova Scotia and then New York City. She will then sail from New York on a five-night cruise to Bermuda.

On October 15, Norwegian Prima will depart New York City on a 12-night open-jaw Caribbean cruise, and for the first time ever for Norwegian Cruise Line, visit Galveston, Texas. Calls will include Curaçao, Bonaire, and Aruba.

On October 31, the ship will kickstart her Caribbean season, departing from Galveston to Miami on an 11-night itinerary with visits to Curaçao, Bonaire, and the line’s private Bahamian island Great Stirrup Cay.

From November 19 to December 3, Prima will sail from Miami, offering three seven-night western Caribbean cruises visiting the line’s private destination in Belize — Harvest Caye, as well as Cozumel and Roatán.

From March 28 to May 7, Norwegian Prima will sail a mini-season of five and mostly seven-night roundtrip Bermuda voyages from New York City. Calls will include Norfolk, Virginia, as well as one or two-night stays at the Royal Naval Dockyard in Bermuda.

On May 14, the ship will head back to Iceland and northern Europe, departing on an 11-night transatlantic journey from New York City to Reykjavik, Iceland, visiting Halifax and Sydney, Nova Scotia before making several calls in Iceland. Once the ship arrives in Reykjavik, passengers will enjoy an overnight stay there.

From May 25 to September 7, Norwegian Prima‘s summer 2023 season will offer a mix of 10 and 11-night Norway and Iceland sailings from Reykjavik, Iceland and Southampton, England. The sailings will feature extended port time — between nine and 14 in-port hours.

On September 17, Norwegian Prima will conclude her summer 2023 season with a 14-night roundtrip voyage from Southampton, visiting Dublin, Ireland; Isafjordur, Akureyri, and Reykjavik, Iceland; and Geiranger, Olden, and Stavanger, Norway.

As of today, booking are open for these sailings on Norwegian Prima.

Norwegian Prima will be built by Fincantieri at its Marghera shipyard in Italy, and feature hull artwork designed by Italian graffiti artist Manuel Di Rita, known commonly as “Peeta.”

Norwegian Prima will offer the highest staffing levels and space ratio of any new ship in the contemporary and premium cruise categories. She will feature the largest variety of suite categories at sea — 13 to be exact — as well as the line’s largest-ever bathrooms and showers for standard cabin categories.

The ship will also offer the most outdoor deck space of any new cruise ship, including more total pool deck space than any other ship in Norwegian’s fleet, as well as multiple infinity pools and vast outdoor walkways.

The Haven on Norwegian Prima has been elevated to offer the brand’s most exclusive and centralized suite complex. Spanning eight decks of suites and public areas, the premium keycard access ship-within-a-ship concept provides passengers with the most luxurious accommodations onboard.

For the first time, Norwegian relocated all 107 Haven suites to the aft, within close proximity of private elevators. These elevators rise directly into The Haven public areas on decks 16 and 17. Also for the first time, every public area in The Haven offers sea views — The Haven Courtyard has been transformed into a Haven Sundeck, featuring a new infinity pool and outdoor spa with glass-walled sauna and cold room.

Norwegian Cruise Line has reimagined The Waterfront for this ship, doubling the space and adding more experiences and dining options by introducing Ocean Boulevard.

As part of the experiences on Ocean Boulevard, Norwegian is introducing its first-ever upscale open-air marketplace with Indulge Food Hall. Indulge Food Hall offers diverse menu items from a variety of culinary venues, as well as a mix of indoor and outdoor seating.

Thanks so much for listening! We hope you’ve enjoyed this podcast and we’d love to hear from you! Please feel free to direct message us on Instagram or Facebook with your thoughts, or just check in to see what we are up to on those platforms. We have lots of fun on Instagram, and we have a wonderful welcoming cruising community on Facebook. Be sure to check those out.

Looking for a good travel agent? Contact our travel agency partner, Montebello Dream Vacations & let them know you were referred by CruiseTipsTV when you call. Wendy will match you with the best agent for your needs. Phone number is on the website.

Download our shore day bag checklist, and more cruise packing and planning checklists & videos by joining the CruiseTipsTV Academy. We have a special discount code for our podcast listeners. To redeem the $5.00 discount on our Master Class, enter code UNPLUGGED at https://academy.cruisetipstv.com

Here’s what people are saying about the CruiseTipsTV Unplugged Podcast 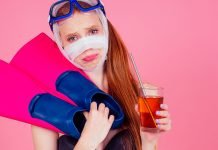 20 Ways To Make Or Break Your Cruise Vacation 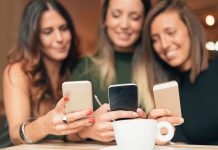 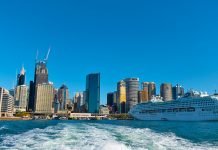 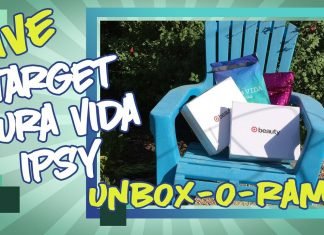 Packing With Carry On Only Men’s Edition

Announcing Our Next Cruise on Royal Princess