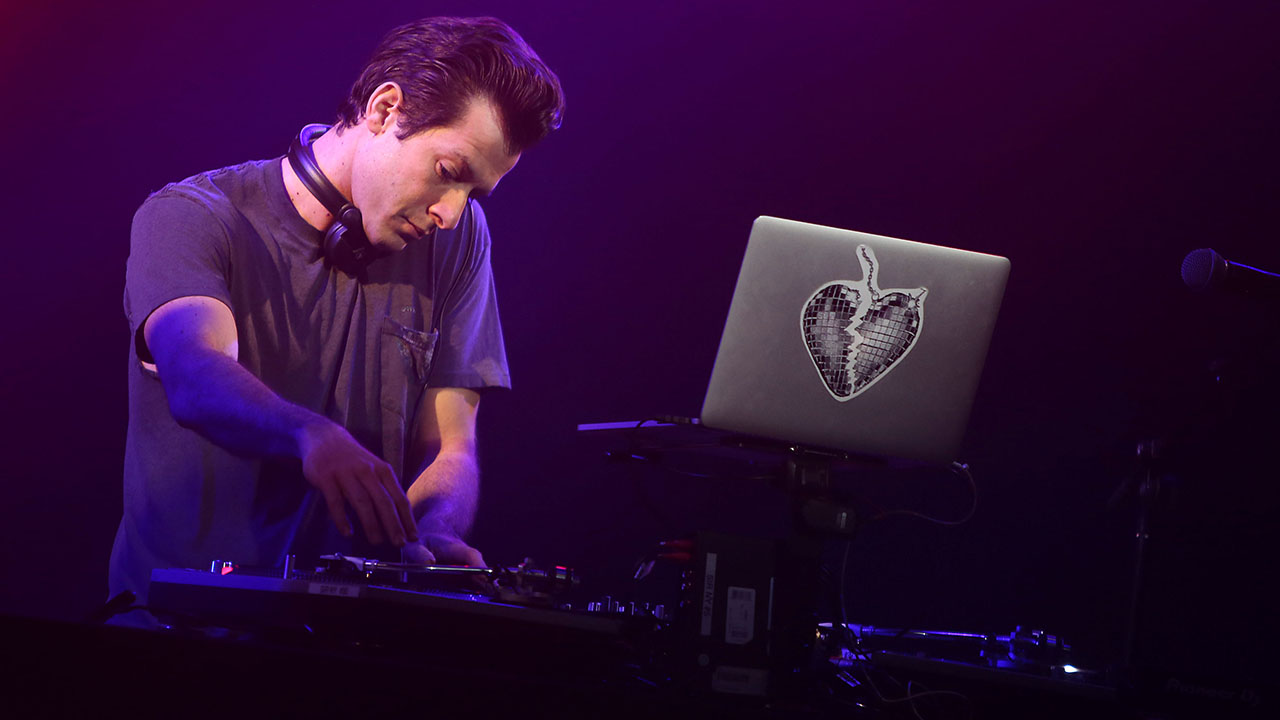 Expanded Partnership with Mark Ronson
With a heritage deeply rooted in music, Virgin Voyages announced an expanded partnership with Academy, Grammy and Golden Globe-winning artist and producer Mark Ronson. Ronson will join the company’s Creative Collective, a group of world-class tastemakers, artists and designers who are collaborating with Virgin Voyages to bring epic Sailor experiences to sea. In his role as the company’s “Minister of Music,” Ronson will be creating a series of pre-voyage and onboard playlists for Sailors, as well as curating the vinyl record selection in the RockStar Suites and the ship’s vinyl and music shop – Voyage Vinyl. What’s more, Ronson will be working with Virgin Voyages’ music teams, defining the brand’s sound at sea as well as at The Beach Club in Bimini, Bahamas– a private and luxurious beach club that is exclusively for Virgin Voyages Sailors while Scarlet Lady is on island.

As a part of Virgin Voyages’ On Deck residency program, Ronson has committed to four performances at The Beach Club at Bimini in 2020. Ronson’s July 9 poolside performance can only be experienced by those who book the July 5, 2020 Mayan Sol sailing featuring stops in Costa Maya, Mexico and Bimini, Bahamas.

“I’m thrilled to be part of the Virgin Voyages’ Creative Collective, helping lead the charge in music. Sir Richard Branson and the Virgin brand were legendary game-changers in the music industry and it’s a thrill to join them as they bring that same spirit to sea travel,” Ronson said. 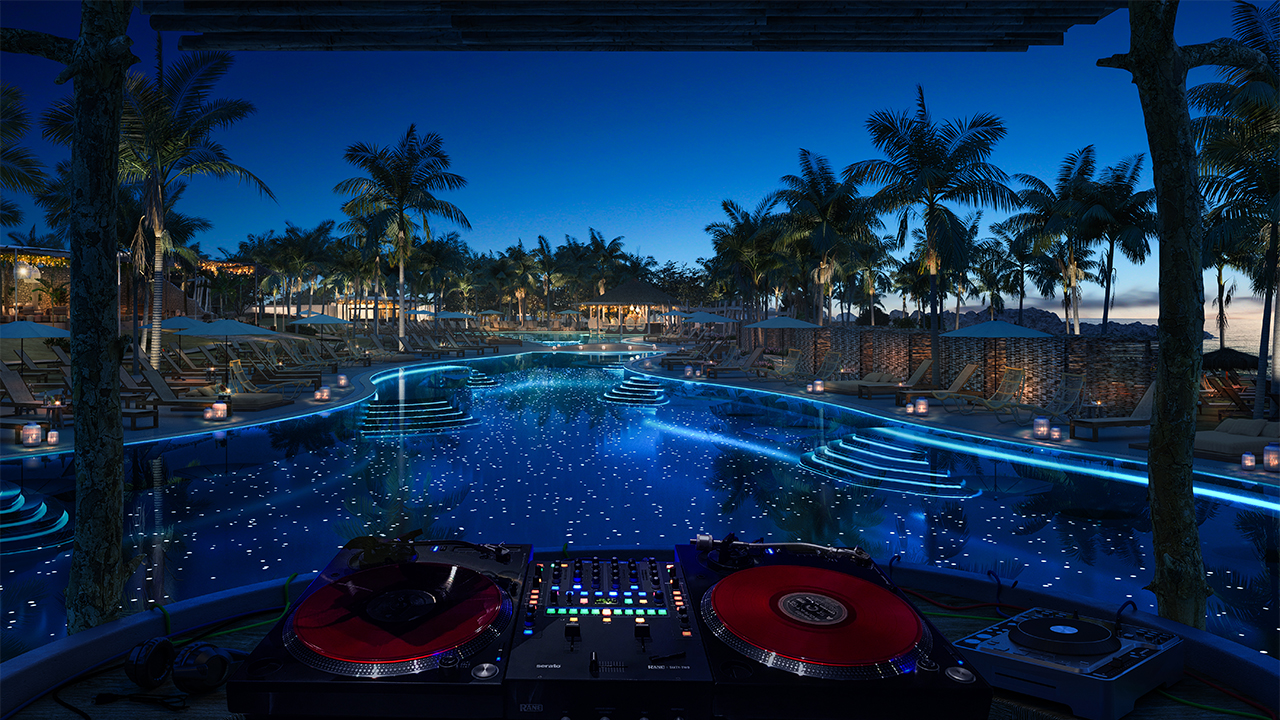 “We see music as an essential element to a holiday, not just for parties but also as the soundtrack to laughter, relaxation and much more,” said Tom McAlpin, president and CEO for Virgin Voyages. “It’s an honour to have an outstanding artist like Mark Ronson helping us develop our Sailor experience, alongside an exciting lineup of DJ’s joining our On Deck residency program.”

Diplo Joins On Deck Residency Program
Continuing the expansion of its On Deck residency program, Virgin Voyages also announced that legendary DJ and record producer, Diplo, will perform at the Beach Club in 2020.

Virgin Voyages will carefully curate the mood at The Beach Club so that Sailors have opportunities to experience moments of relaxation and serenity as well as high-energy excitement. Mornings at the private club will begin with yoga and meditation, with the energy gradually amplified as the day progresses, reaching a crescendo of action in the afternoon where DJ-led pool and floatilla parties will be the centre of the club. The day will cascade into night with a calming fire ritual where Sailors will enjoy acoustic tunes over an open bonfire. 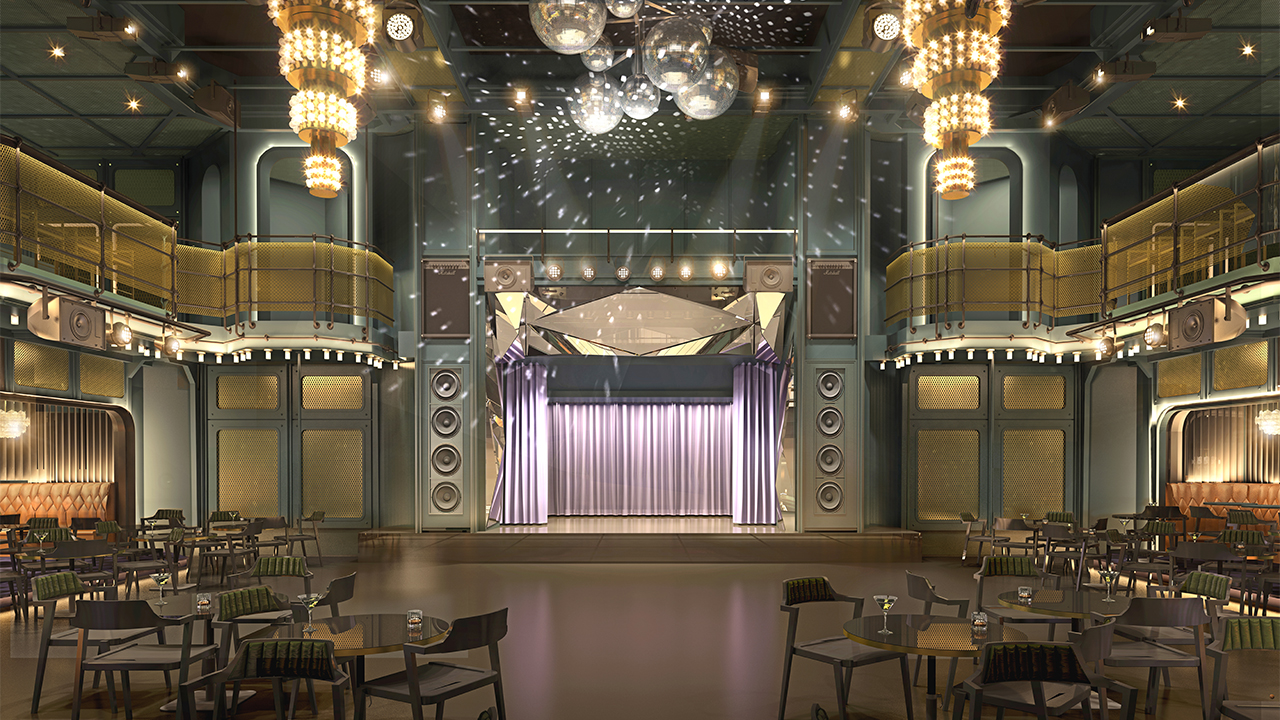 Scarlet Night- A Party to Remember
Scarlet Night is another occasion set to prove a highlight for Sailors, as Virgin Voyages reveals details of one its signature onboard parties, which will take Sailors on a journey around Scarlet Lady. Conceived, designed and produced by the  award-winning producer behind Sleep No More, Queen of the Night, and The Donkey Show, Randy Weiner, Scarlet Night is a glamorous occasion of awe and mystique that pushes the boundaries of entertainment. Groundbreaking music will set the mood, as Sailors dance the night away at this out of this world experience, complete with art installations and performances throughout the ship as the night progresses. There will also be an after party created by Brooklyn, New York’s House of Yes, recently named the number two Best Thing To Do in the World by Time Out, and known for their theater-infused nightclub where a fabulous outfit  is a must and guests expect the unexpected, including circus spectacles, immersive cinema, cabaret performances and beyond.

Scarlet Night comes to London
Londoners will experience a taste of Scarlet Night on Tuesday 21st May, as the event comes from sea to land for one night only. The event will bring to life the energy of Scarlet Night with extraordinary music and performances along with a featured guest performance from Mark Ronson. The special event is set to be attended by VIP’s, celebrities and more the likes of whom include Geri Horner and Holly Branson, among others.

Ladyship Touring UK Waters
There’s good news for budding travel advisors, whom the company affectionately refers to as First Mates – the Scarlet Lady, glamorously designed cabins and boasting over 20+ eateries will be stopping in Dover and Liverpool in late February opening its doors to First Mates, media and VIP’s, hosting a number of exclusive events before making her way across the pond to her new home of Miami. The news was announced by Geri Horner at the Scarlet Night London press conference today. 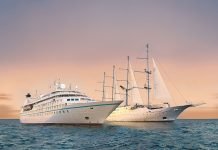 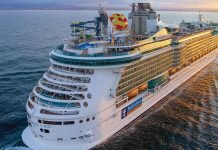 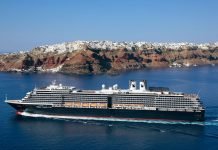