MIAMI, Nov. 9, 2021 – As it prepares to debut Carnival Radiance, Carnival Cruise Line announced the senior leadership team who will be at the helm of the transformed ship scheduled to debut this December. These experienced mariners and passionate leaders will oversee a team of more than 1,000 team members and include:

Captain Stefano Bonica: Captain Bonica joined Carnival as a third officer in 2000. He was named captain in 2017 and has served on virtually every ship in the fleet during his two decades with the company. He attended the Istituto Tecnico Nautico Caio Duilio in Messina, Italy, to learn his craft.

Chief Engineer Mauro Fabbrini: A 27-year veteran of Carnival, Fabbrini joined the company as a second engineer in 1994 and was named chief engineer in 2003. He previously served as a chief engineer for Carnival Sunrise in 2019. Fabbrini graduated from the San Giorgio Maritime Academy in Genoa, Italy. Prior to joining Carnival, he started his nautical career with an Italian-based shipping company.

Hotel Director Caroline Bourke: The Cork, Ireland, native and 17-year Carnival veteran was part of the inaugural team that introduced Carnival Radiance’s sister ship, Carnival Sunrise, in 2019. Bourke joined the company in 2004 and was named guest services manager in 2009 before being named hotel director in 2016. Her hospitality career began at the Hayfield Manor Hotel after earning her degree from the Cork Institute of Technology.

The third in the line’s Sunshine-class, Carnival Radiance will make her Southern California debut on Monday, Dec. 13, kicking off a year-round schedule of cruises to Baja Mexico from the Long Beach Cruise Terminal. On this route, three-day cruises depart Fridays and visit Ensenada, Mexico, while four-day cruises sail on Mondays calling at Ensenada and Catalina Island.

Carnival Radiance features all of the line’s popular Fun Ship 2.0 dining, beverage and entertainment spaces as well as Big Chicken, a casual poolside restaurant created by Carnival’s Chief Fun Officer Shaquille O’Neal that debuted on Mardi Gras earlier this year. From new dining choices such as the Cucina del Capitano to expanded entertainment venues like the multi-purpose Liquid Lounge and one of the largest and most luxurious Cloud 9 Spas at sea, Carnival Radiance will offer an abundance of ways for guests to Choose Fun from the West Coast.

Carnival Cruise Line is proud to be known as America’s Cruise Line with a total of 24 ships, sailing from 14 U.S. homeports and employing more than 40,000 team members from 120 nationalities. Carnival’s newest ship, Mardi Gras, featuring the first roller coaster at sea and the first cruise ship in the Americas powered by eco-friendly Liquefied Natural Gas (LNG), sailed from Port Canaveral, Fla., July 31, 2021. As part of its 50th Birthday festivities, Carnival Celebration, sister ship to Mardi Gras, is scheduled to debut in late 2022 from PortMiami, as well as a third as-yet-unnamed XL-class ship in 2023. 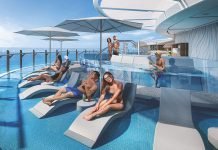 Wonder of the Seas Is Official 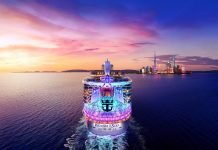 Wonder of the Seas Steel Cutting to Delivery Mashup 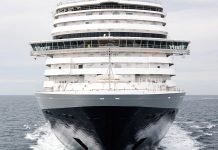 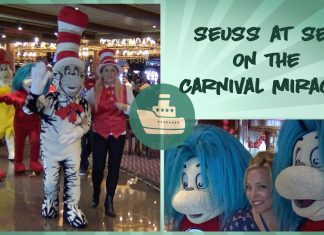 January 7, 2016
Hi Cruisers, in this video we take a look at Seuss at Sea on the Carnival Miracle.

What’s NOT Included In A Cruise

What to Pack For An Alaska Cruise – Clothes Edition

Easy Snorkel Mask For A Cruise