Are cruise buffets a thing of the past?

There’s been a lot of talk, (and speculation) about cruise buffets, and whether they will be a thing of the past! We anticipate there will be a variety of ways cruise lines re-purpose buffet space, and in this video, we discuss three of them. Of course, this is all just guess work right now, but as the cruise lines formulate their return to service plans, we’re sure to see lots of buffet options and innovations!

Keep in mind, WE DON’T KNOW – THIS is all just brainstorming based on the info from cruise line executives.

Royal Caribbean International announced last week might be doing away with its traditional buffet service when sailings finally resume, in light of health and safety concerns. Of course, the quickly retracted (keep reading…we’ll get to this) their stance on this after guests raised their voices, but the reality is, buffets will likely NOT exist as we know them for at least a little while, when cruises resume.

Cruise line president and CEO Michael Bayley reportedly revealed that that the self-serve dining system will likely change, at least for a little while, when operations ultimately resume.

Though boundless buffets are a signature hallmark of the cruise ship experience, CEO Michael Bayley assured that passengers would still be provided with a plethora of dining options.

“I think in the beginning, there will not be a buffet…that’s how I see it,” Bayley said during a recent Coffee Chat call, Cruise Critic reports.

“We will utilize the space, we will utilize the Windjammer [buffet area], but in all probability, it won’t be a classical buffet,” Bayley was quoted as saying. “It will be something more akin to a restaurant.”

The line later “retracted” the certainty of this statement on May 20th.

“It doesn’t mean that you don’t have a buffet,” stated Fain, elaborating on the idea that the Windjammer buffet concept could be KEPT, but with table service instead of guest served stations with shared utensils: “I think it’s very likely that you’re not going to see that on land or sea,” he stated- referencing shared serving utensils.

If you read carefully, you’ll notice that Fain’s “softening” isn’t really that different from the original buffet adaptation mentioned by Bayley. It’s still “more akin to a restaurant”, essentially. But, with modification for reduced touch points.

What Princess had to say in their health advisory

Back in April, Princess cruises released a thorough health advisory giving a peek of how guest life may look on their ships. They simply stated:

“Wherever possible, staff servers guest and crew food stations, including the buffet and ice cream machines. Where not possible due to layout restrictions, dedicated personnel are posted to monitor these stations and ensure they are cleaned and sanitized in a timely manner. In any self-service areas that remain, serving utensils will be replaced on a frequent basis.” Read the entire release here.

Princess will likely modify these statements as they continue to work with authorities to propose new guidelines that meet expectations in time for their return to sail date.

What will dining look like? Here are some possibilities:

Tell us what you think – what dining concepts would you like to see? Please feel free to direct message us on Instagram or Facebook with your thoughts!

Remember to visit our sponsor and set up a PRICE alert for your next cruise! https://cruiseline.com?utm_source=youtube&utm_campaign=cttv

The CruiseTipsTV Academy* is here! 20 how-to vids, packing lists and a private Facebook page for students and coaches. http://cruisetipstv.thinkific.com/courses/masterclass *Use code HOPE for $6.00 off through May, 2020 only.

Contact Our travel agency partner, Montebello Dream Vacations. Let Wendy know you were referred by CruiseTipsTV when you call. Wendy will match you with the best agent for your needs, and an agent will give you a call back! Phone number is on the website.

Thanks so much for reading our article about the Future of Buffets. Please feel free to direct message us on Instagram or Facebook with your thoughts, and until next time, we’ll see you on the high seas! 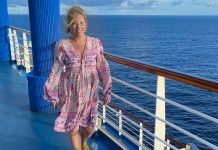 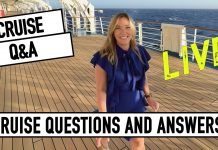 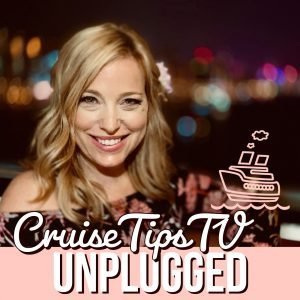