Geneva, Switzerland (January 7, 2021) – As a result of the extension of the restrictive measures related to movement within Italy, as set out in the latest decree from the Italian government preventing access to and use of ports of embarkation until January 15, MSC Cruises today announced that it is forced to cancel the cruises of MSC Grandiosa departing from Genoa, Italy on January 10 and, as a measure of precaution, to also cancel the cruise departure of January 17. As a result, the first cruise of MSC Grandiosa following the temporary suspension of operation in connection with the implementation of these same measures during the Christmas and end-of-year festivities, will now depart from Genoa on Sunday, January 24.

The Company’s flagship will resume her planned weekly cruises leaving every Sunday from Genoa and calling the Italian ports of Civitavecchia, Naples, Palermo and Valetta in Malta, with embarkation available in each port in Italy. MSC Grandiosa will offer these itineraries until March 21, after which she will remain in the Western Mediterranean to offer cruises from the summer program with a new itinerary.

From February 14, MSC Magnifica will also resume her operation departing from Genoa for 11-night cruises designed to enable guests to discover the West and Eastern Mediterranean in Italy, Greece and Malta.

MSC Cruises in August 2020 became the first major cruise line to resume sailing following the global shutdown of the industry in March caused by the pandemic ashore.

MSC Grandiosa, the Company’s flagship, set sail on Sunday August 16 from Genoa in Italy with guests on board for the first of her 7-night voyages in the Western Mediterranean.

This was achieved following approvals from the relevant authorities in Italy, Malta and Greece of an   industry-leading health and safety protocol designed to protect the wellbeing of all guests, crew and communities to be visited.

This industry-leading protocol, which was designed at the outset to adapt to a fluctuating health situation ashore, was recently strengthened in line with the current evolution of the pandemic in mainland Europe, with a series of enhanced rigorous measures.

The additional measures include the following:

The MSC Cruises protocol is based on nine key elements, many of which have been adopted by other cruise companies, the Cruise Lines Industry Association and international airlines and airports.

2.           Testing of all crew at least three times before embarkation and weekly on board

5.           Contingency response that does not burden local health infrastructures

6.           Isolation space on board and tracking and tracing including close contacts 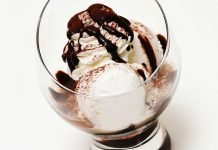 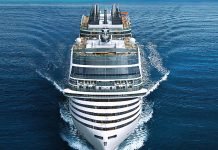 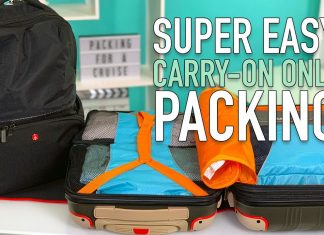 November 29, 2018
Yes, we are packing carry on only for our 12 night cruise If you've watched any of our previous videos, you know that when driving...

Behind the Scenes of our Awesome 80’s Glow Party

More on Officer Tips, Cabin Upgrades and Our Camera