Galveston, TX – December 21, 2022 – MSC Cruises—the world’s third largest and fastest-growing cruise brand – is announcing the next phase of its U.S. expansion with plans for a new homeport at the Port of Galveston. The cruise line is in negotiations with the Galveston Wharves on the development of a fourth terminal at the port, which led to both entities signing a non-binding memorandum of understanding (MOU) outlining parameters of a potential agreement for the development and operation of a terminal at piers 16-18.

Rubén A. Rodríguez, President, MSC Cruises USA, said, “The prospect of developing a new homeport in Galveston is exciting because it represents a big step in our ongoing North American expansion. Bringing our modern, glamorous ships to Texas would provide even more access and opportunities for guests and travel advisors to experience the future of cruising with MSC Cruises and our unique European style. We look forward to productive discussions with the Galveston Wharves as we chart MSC’s future in the US market.”

Rodger Rees, Galveston Wharves port director and CEO, said, “Adding MSC to our family of cruise lines homeporting from Galveston would continue to elevate our status as a top U.S. cruise port and boost the regional economy. It also allows MSC to reach a new market of millions of cruise passengers in the Central U.S. We’re excited about the huge potential of this mutually beneficial public-private partnership.”

“Our popularity as a cruise homeport is reflected in the growth of our passenger counts and sailings. In 2023 we forecast a record 362 sailings, the highest in the port’s 22 years as a cruise port,” Rees said. “This is great news for the port and our region because our cruise business is a major revenue and jobs generator.”

MSC Cruises currently sails from Miami and Port Canaveral, with year-round service from New York City beginning in April of 2023. Headquartered in Geneva, Switzerland, the privately held company employs a staff of more than 30,000 globally. It is the market leader in Europe, South America, the Persian Gulf region and Southern Africa, with a strong presence in the Caribbean, North America and Far East markets.

Rees added that a fourth cruise terminal is included in the port’s 20-Year Strategic Master Plan, designed to guide major capital and maintenance projects to maximize assets; optimize the port’s cruise, cargo, commercial and lay business sectors; and boost the regional economy with jobs and revenues.

MSC Cruises is the world’s third largest cruise brand as well as the leader in Europe, South America, the Gulf region and Southern Africa, with more market share in addition to deployed capacity than any other player. It is also the fastest growing global cruise brand with a strong presence in the Caribbean, North America and the Far East markets.

Headquartered in Geneva, Switzerland, MSC Cruises is one of the two brands that sit within the Cruise Division of MSC Group, the leading privately held Swiss-based shipping and logistics conglomerate with over 300 years of maritime heritage. MSC Cruises – the contemporary brand – has a modern fleet of 21 vessels combined with a sizeable future global investment portfolio of new vessels. The fleet is projected to grow to 23 cruise ships by 2025, with options for six more vessel orders in place through 2030.

MSC Cruises offers its guests an enriching, immersive and safe cruise experience inspired by the Company’s European heritage, where they can enjoy international dining, world-class entertainment, award-winning family programs, and the very latest user-friendly technology on board. To learn more about MSC Cruises’ itineraries and experience on board its ships, click here.

The Company’s number one priority has always been the health and safety of its guests and crew, as well as the communities at the destinations its ships serve. In August 2020, MSC Cruises implemented a new comprehensive and robust health and safety protocol to become the first major line to return to sea. To learn more about MSC Cruises’ health & safety protocol, click here.

MSC Cruises has long been committed to environmental stewardship, with a long-term goal to achieve net zero emissions for its operations by 2050. The Company is also a significant investor in next-generation environmental marine technologies, with the objective to support their accelerated development and availability industry-wide. To learn more about the Company’s environmental commitment, click here.

Finally, to learn more about the MSC Foundation, MSC Group’s own vehicle to lead, focus and advance its conservation, humanitarian and cultural commitments, click here.

About the Galveston Wharves at the Port of Galveston

Located at the entrance to Galveston Bay and the Houston Ship Channel, the Port of Galveston has been a thriving maritime commercial center since 1825. Just 45 minutes from open seas, the 840-acre port has infrastructure and assets to serve growing cruise, cargo and commercial businesses.

The port is the fourth most popular cruise homeport in the U.S. The port also leases and maintains a wide range of cargo facilities on the deep-water Galveston Ship Channel, which is ranked among the top 50 busiest U.S. cargo waterways. The Galveston Wharves is a self-sustaining city entity whose mission is to generate and reinvest port revenues to benefit the Galveston community with economic growth, jobs and sales tax revenues. 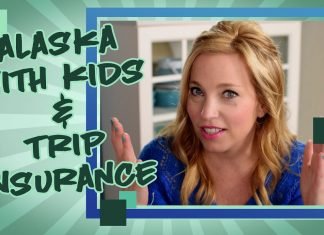 March 21, 2017
Do you need trip insurance? Hi Cruisers, We are back with our regular cruise vlog this week.  Big thanks to our sponsor https://www.cruiseline.com - BTW,...