“We are pleased to honor the coin ceremony tradition and celebrate this milestone that signals less than a year until Rotterdam‘s delivery,” said Gus Antorcha, president of Holland America Line. “With a name like Rotterdam, there is no other person more ideal than Mai Elmar to serve as the ship’s madrina. Mai’s name is synonymous with the cruise industry in the port city of Rotterdam and she has been a tremendous champion of our brand for decades. We’re thrilled to have her take on this special role.”

On Oct 7 Rotterdam‘s drydock will be filled with water and the ship will be floated out to begin the next stage of construction at an outfitting pier. Rotterdam is scheduled to be delivered July 30, 2021.

About Madrina Mai Elmar
For many years, Elmar has dedicated much of her time to the city and port of Rotterdam. Since 2000, she has grown Cruise Port Rotterdam from zero to 102 cruise ships that have visited yearly. She was the first chief marketing officer of Rotterdam city and now serves as executive director of Cruise Port Rotterdam. Elmar was instrumental in designing the brand policy and strategy of the city. From 2011 to 2013, she was director of the ss Rotterdam, the famed hotel ship and former flagship of Holland America Line.

In 2005 Elmar was named Mrs. “Harbor Man of the Year” and received the Wolfert van Borselen medal from the mayor for her efforts for the city of Rotterdam. In 2016 she was made a Knight of the Order of Oranje Nassau, which is awarded for longstanding meritorious service to society, the State or the Royal House.

About Rotterdam VII
The third in the Pinnacle Class series, Rotterdam will carry 2,668 guests, measure 99,800 gross tons and feature highly successful amenities and innovations introduced with her sister ships, including the 270-degree surround screen World Stage, Rudi’s Sel de Mer and Grand Dutch Café. Delivering the best of everything, Rotterdam celebrates live music with an exclusive collection of world-class performances each night — from Lincoln Center Stage and B.B. King’s Blues Club to Rolling Stone Rock Room and Billboard Onboard.

Throughout the ship, Rotterdam will showcase Holland America Line hallmarks that drive one of the highest guest repeat rates in the industry: exquisite cuisine guided by eight of the world’s leading chefs; gracious, award-winning service; and superbly appointed staterooms and suites, including family and single accommodations.

Rotterdam is the seventh ship to bear the name for Holland America Line and the 17th ship constructed for the brand by Italian shipyard Fincantieri, which most recently built Nieuw Statendam.

Following Rotterdam‘s Premiere Voyage departing Aug. 1, 2021, the ship will spend its inaugural summer season in northern Europe. Naming details have not been finalized and will be announced at a later date. 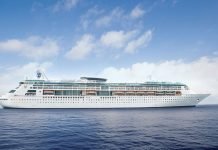 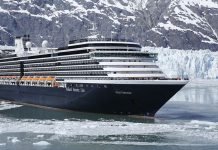 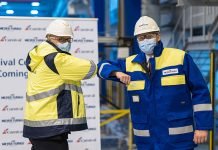 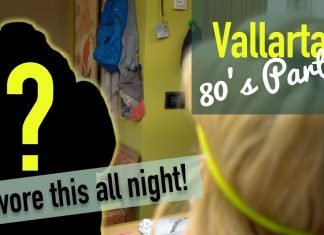 Birchbox unboxing for a cruise – December

Boca Clips for a Cruise

Pack With Me For An Alaska Cruise