The Federal Government’s decision to allow the cruise ban to lapse from April 17 is a major development and the first critical step to enable cruising and its contribution to the national economy to resume after the two-year suspension of operations.

All have been hoping for a breakthrough to help reinvigorate their businesses after a difficult and challenging two years as Australia responded to the impact of the pandemic.

It is also an important development for the many cruise guests who have been looking forward to again being able to holiday at sea, and for cruise line employees.

President of Carnival Australia, Marguerite Fitzgerald, said the next important step would be for state governments to reopen their ports to cruise ships.  Discussions are progressing with Commonwealth and the eastern states to finalise a set of health protocols and guidelines ahead of a re-start.

“The uncertainty of the past two years has been replaced with hope and a belief that the lifting of the cruise ban at last heralds the return of cruise operations in Australia,” Ms Fitzgerald said.

“Overseas experience, where hundreds of cruise ships have returned to service, more than seven million people have cruised and more than 80 countries have reopened to cruise ships, has confirmed that cruising can operate safely in the new environment with comprehensive health protocols that can support the return of cruising here.”

The lifting of the cruise ban has been greeted positively by key cruise suppliers whose businesses are among the many that have been impacted.

“We represent the farmers and growers who produce the fresh produce that is a mainstay of the cruising experience. Our business has been severely impacted but we now see the prospect of our warehouse again being filed with fresh produce bound for cruise ships.”

“We are a specialised business offering marine engineering services. When cruising stopped, we lost nearly 90 per cent of our turnover. With the lifting of the cruise ban, there is now hope that the business will survive.”

“We represent hundreds of tour operators around Australia that play a big part in cruise tourism and are integral to the shore tour programs for visitors. Like us, they have been anxious to see the cruise ban lifted to help their businesses recover.”

“We are a Brisbane-based family-owned business that has specialised in cruise holidays for more than 15 years. News of the cruise ban being lifted is what we have been waiting for and we now look to the states to also play their part in enabling the resumption of cruising.” 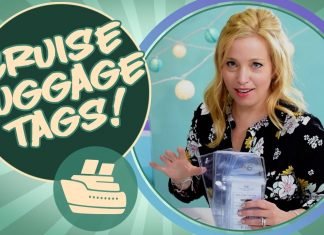 Tips For Buying Luggage For A Cruise

Packing Carry On Only For A Caribbean Cruise