The ban impacts cruise ships with more than 100 people – including passengers and crew, and will impact cruises with port stops or embarkation ports on both the East and West Coast of Canada.

In a news conference, Garneau shared: “Our Government is committed to protecting Canadians, particularly during these challenging times. It is for that reason I am announcing updated measures for cruise ships and other passenger vessels in Canada, which includes prohibiting larger cruise ships from operating in Canadian waters until October 31, 2020,”.

“Our Government continues to work with other levels of government, transportation industry stakeholders, and Indigenous peoples to re-examine measures and to ensure Canada’s transportation system remains safe and secure during this time. We are all in this together.”

Canada had originally blocked all cruise ships carrying more than 500 passengers and crew until between April 2 and July 1, 2020.

This ban effectively eliminates the ability for ships to visit Alaska or New England prior to October 31, 2020 because of the Passenger Vessel Services Act or PVSA.

The PVSA can be difficult to understand, but in essence, the PVSA allows foreign-flagged ships to depart from and returning to the same U.S. port, provided the ship visits any foreign port (in this case, Canada).

Hints of this decision have been dropped for weeks, with British Columbia’s provincial health officer Dr. Bonnie Henry stating she’s been communicating with her counterparts in the Yukon, Alaska and Washington State and said they’re all against reopening the cruise season.

“We are, as you can imagine, not in favour of cruise ships coming into anywhere in British Columbia,” Henry said.

According to Cruise Radio, the port of Vancouver alone had a record amount of passenger embarkations in 2019 – with 290 cruise ships and over one million cruisers. Last September, Vancouver saw 30,000 cruise passengers in just one day.

The CruiseTipsTV Academy* is here! 20 how-to vids, packing lists and a private Facebook page for students and coaches. http://cruisetipstv.thinkific.com/courses/masterclass *Use code HOPE for $6.00 off through May, 2020 only.

Contact Our travel agency partner, Montebello Dream Vacations. Let Wendy know you were referred by CruiseTipsTV when you call. Wendy will match you with the best agent for your needs, and an agent will give you a call back! Phone number is on the website.

Thanks so much for reading our “Canada bans cruise ships” article. Please feel free to direct message us on Instagram or Facebook with your thoughts, and until next time, we’ll see you on the high seas! 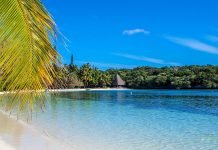 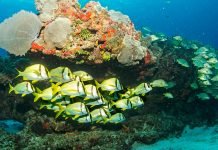 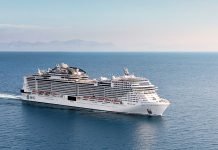